The wintertime calls for a cultural trip and in Strasbourg, you will find everything about art, culture, architecture, and design. Strasbourg, the capital of the European Union and the symbol of reconciliation after the Second World War, is one of the must-see places to visit at least once in your lifetime.

We would recommend you cycle around the city. Otherwise, enjoy an amazing stroll around the top sites such as Palais d’Europe, le Quartier du Tanneurs (La petite France), and the lively quartier Krutenau which combines old-world charm with trendy restaurants, fashionable shops, and art galleries.

Start with Palais Rohan, the former residences of the bishop princes from 1732 until the French revolution where you will now find the Musée des Beaux-Arts, the Musée des Arts Décoratifs, and the Musée Archéologique.

The Musée d’Art Moderne & Contemporain is located near the Petite France quartier for those who would love to explore the expansive collections of 19 and 20-century paintings. Get inspired by the legacy of painters like Pablo Picasso, Claude Monet, Wassily Kandinsky, Hans Arp, Georges Braque, Paul Klee, Max Ernst, Auguste Rodin, Pierre-Augustine Renoir, and Edgar Degas.

Don’t forget about the Rue des Juifs, where you can explore the ruins of the ancient Roman fort, cultural heritage back two millennia. Around Strasbourg, you will be introduced to several important cathedrals and churches, by their gothic style and their Romanesque elements.

Avignon is one of the best local destinations for your vacations. Start your tour with the glory of the papal palace of the 14th century that could fit four gothic cathedrals. With 24 rooms to visit, the Palais des Papes will leave you breathless.

Basilique Saint-Pierre d’Avignon was built in the 1300s during the papacy of Innocent IV. You will be amazed by the presence of art in there like the gilded choir from the 1700s, renaissance, baroque, and Art Deco paintings.

The next stop of the tour is the Place de l’horloge, named after the Avignon’s gothic clock tower. 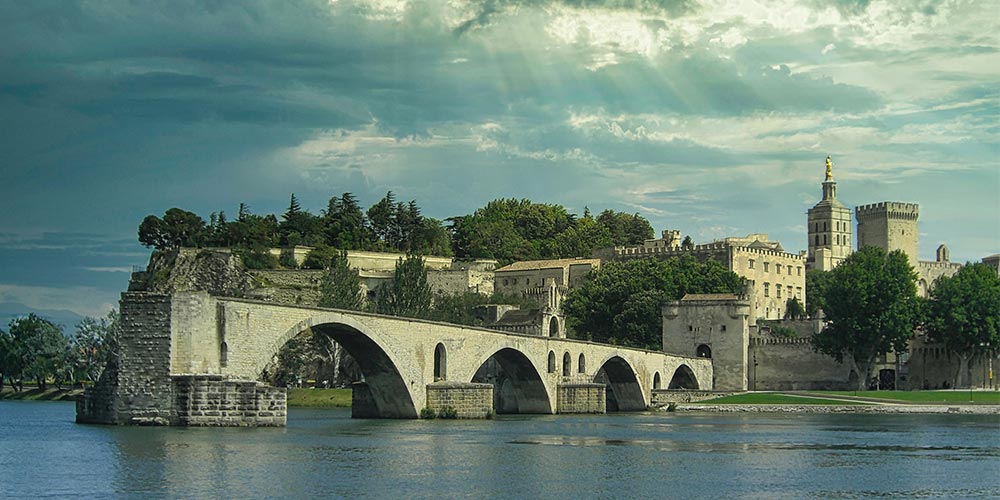 Musée Calvet hosts an epic Egyptology department with a sarcophagus canopic jar and offering table. Musée du Petit Palais is just the right building for 327 paintings and 600 sculptures by Italian and French artists from the gothic and renaissance periods. In Musée Angladon on the other hand you can view works by Degas, Cézanne, Picasso, Manet, Derain, and Modigliani as well as van Gogh painting hanging in Provence.

The local holidays can still be about going to the sea. This time though in a different way. Visit Muse de la Mer and embark on a beautiful journey at the Biarritz Aquarium that will have visitors crossing paths with sharks. 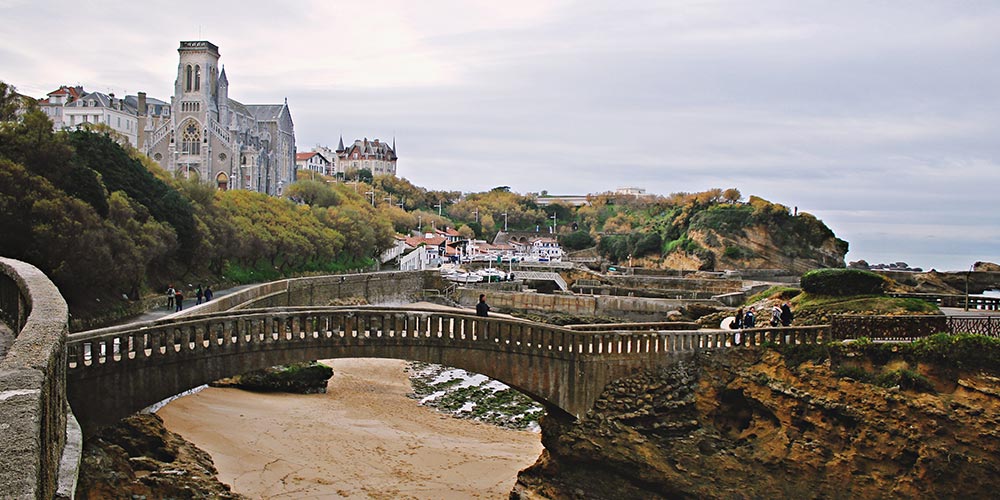 During your trip to Biarritz, don’t miss out on the collection dedicated to Asian art in the Musée Asiatica which has been carefully selected and showcases great pieces from China, Tibet, Nepal, and many other countries.

In the Port-Vieux area, you will find the Saint Eugenie church the neo-Gothic church built during the reign of Napoleon III.

A very nice way to get to La Rhune, the highest spot of the Basque region, and have a look over the Pyrenees Mountains, is by taking the La Rhune old train.

The cold season allows you to explore another unique aspect of France, that of Intra Muros in Saint-Malo, in the islands of which lived the person who discovered Canada. The Musée de la Ville contains everything you need to know about the town’s history and includes some fascinating maritime objects, such as the prow of a ship.

The main reason to come to this area, apart from the views back over the citadel, is to see the 14th-century Tour Solidor, which houses the Museum of Cape Horners.

You will need to visit the south of St Servan is the Grand Aquarium, where you’ll encounter 600 species of fish from cold and hot waters across the globe – including a tank full of sharks.

Opposite the old town is two little islands that can be reached at low tide.

Long sandy beaches sweep east from the old town to the district of Rothéneuf. Here you’ll find the former house of one of St Malo’s most famous sons, Jacques Cartier, who discovered Canada; the 15th-century Manoir de Limoëlou houses a fascinating museum dedicated to the explorer.

The 13th-century cathedral of Reims has sanctified the coronation of most of the French kings. It is made of pure Gothic architecture and ornate sculptures of which the most famous is undoubtedly the Smiling Angel. The Romanesque Basilica of Saint-Rémi is equally exceptional.

Other monuments not to be missed include the Porte Mars and the Gallo-Roman forum, the Palais du Tau, the Saint-Denis museum, the Saint-Remi museum, various 15th and 16th-century dwellings, and the Chapelle Foujita named after the celebrated Japanese artist who decorated it.

Close by, the Fort de la Pompelle and the Ferme de Navarin remind the visitor that the region was the scene of fierce fighting in the First World War.

To the west lie the picturesque valleys of the Ardre and the Vesle with their rustic villages and impressive Romanesque and Gothic churches. To the south, the route meanders in and out of the vineyards on the slopes of the Montagne de Reims famous for its champagne region. Dom Perignon, Veuve Cliquot, Moet are all champagne brands coming from this region

At any given time, some of the best attractions not to miss in Paris are the Louvre Museum, the Versailles Palace, the Catacombs of Paris, and of course the Notre Dame de Paris Cathedral.

But this winter, in particular, let’s consider a themed tour and for the matter, we would happily propose the Art Deco tour around Paris. To start with, there is the Théâtre des Champs-Élysées which was built in 1913 as the first Art Deco building in Paris.

Next on the tour is the Folies-Bergère, the famous cabaret music hall. At the height of the Roaring Twenties, the theater was outfitted with a perfectly in-vogue Art Deco façade.

Opened in 1921 and displaying a modern take on ancient Egyptian motifs, The Louxor cinema hall will further enrich our list of Art Deco attractions to complete an amazing tour around Paris. It was converted into a nightclub in the 1980s but returned to its original purpose in 2013 after a major renovation.

The Musée des Arts Décoratifs, an exceptional museum on Rue de Rivoli, in the heart of Paris, holds one of the most important collections of decorative arts in the world. In its chronological itinerary, going from the Middle Ages to the contemporary era, more than 10 rooms are devoted to Art Nouveau and Art Deco.

If the Musée d’Orsay is best known for its collection of Impressionist paintings, it also has a collection of objects in the Art Deco style that are worth lingering over.

Read more Articles
Subscribe to our newsletter to stay in the loop
on the latest news, products and deals.